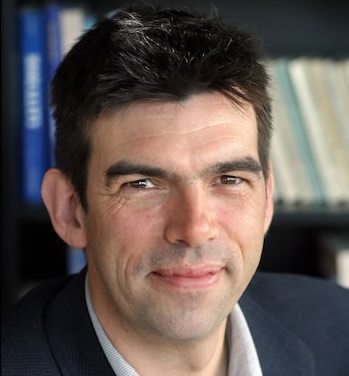 Last autumn professor Jan Bransen visited ARTISA to write the concept for his new book to be published next year. Professor Bransen holds the chair of Philosophy of Behavioral Science at Radboud University Nijmegen, The Netherlands. Writing academic articles and teaching aside, he is passionate about bringing philosophy to a wide range of non-academic audiences. His last book, ‘Word zelf filosoof’, was very well received and nominated for the Socrates Price for Best Philosophy Book 2010. All in all, plenty of reasons for us to arrange an interview with professor Bransen.

A career test in his college years advised him to become either a poet or a shepherd. He chose to become a philosopher, the closest combination between these two professions. At an early age he started writing about life and all things most intriguing to him. “Philosophy is everywhere,” he states. “In the here and now, in the language that we use and the assumptions we make. Look for example at the menu… (we were sitting in a café). It suggests autonomy but at the same time we are influenced and led in a certain direction. We find things on the menu non-existent five years ago such as the extra focus on children’s wishes.”
“Philosophy shows us that the obvious is not that obvious. It asks questions where others take things for granted, without jumping to answers or conclusions.” Professor Bransen knows how to question trivial daily activities, inviting a sense of wonder. He encourages us to realize that thinking is fun and places emphasis on our own responsibility for what and how we think.

The first idea for his new book came to him during a train ride following the Night of Philosophy. An inspiring conversation with one of the participants had urged him to continue writing ‘popular philosophy books’. This was at a time when he experienced some kind of professional identity crisis, asking himself “What is the best way for philosophy to exist and flourish?”

In the train, he jotted down a working title for his book and the different chapters in his mobile phone, not having a piece of paper at hand. With these words resting there and the idea ripening for several months, he came to ARTISA last November to write the first outline. “What is very stimulating at ARTISA is that you feel the connection with other people working. ARTISA breathes an atmosphere in which you just want to sit down and write.” And that is what professor Bransen did. At the end of just one week, he was able to send a first concept to his publisher, who meanwhile has given green light for writing this new book.

In his new book he will discuss a range of obsolete, unproductive thinking patterns that have settled themselves in our implicit modern views of our life and our world. Lazy as our brain can be, we stick to these patterns although we, if we would think more clearly, would see many reasons to dispose of them like we get rid of old, disfunctional tools. Illustrated by personal stories and many examples from daily life, he describes how philosophy can contribute to everybody’s life and is not something that should be buried in ivory towers, locked up in abstract and difficult language.

What he also would really love to do is to develop performances as a stand-up philosopher, entertaining the audience with fascinating questions. By translating philosophical issues into theatrical images, he would be able to amuse and waken up at the same time.

Professor Bransen will return to ARTISA in the coming spring to give a boost to his new book. We are very much looking forward to welcoming him again and being involved in his work.