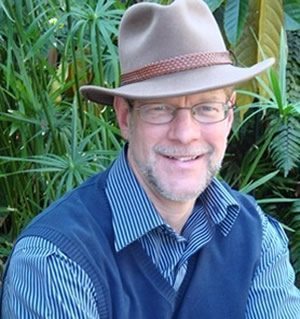 “The explored life, the explored world, are they not one and the same?” a slogan at Professor Bruce M. Knauft’s Skype profile reads. Intriguing, what would he mean?, we asked ourselves. So, this was going to be the first question of our virtual interview between Epidaurus and Atlanta. There, in the USA, Professor Knauft is Samuel C. Dobbs Professor of Anthropology and Director of the States at Regional Risk Project (SARR) at Emory University. As a scholar, he is especially renowned for his influential research among the Gebusi, a remote rainforest people of Papua New Guinea. He has followed their developments and challenges since 1980. We feel privileged that Professor Knauft is a member of ARTISA’s advisory committee and are excited about this opportunity for an interview with him.

Laughter, illustrating his open and joyful attitude to life, was the first reaction to our question about the meaning of the ‘slogan’. Next, Professor Knauft narrated: “Mostly, for anthropologists the relation between their life and work is internally connected. This is because our work takes us into a different culture for years. Therefore, it’s really impossible to do serious work as an anthropologist and not interconnect the exploration of the world and of your life. We are self-consciously fusing them. Equally, for real artists, their life and art are deeply connected. If you are really a painter, you’ve got to paint. You can’t see the world except through the eyes of a painter. If you are a writer, you have to write. Nowadays, this sense that your passion, whether intellectually or artistic, is part of a lifestyle and not a job that is segmented off from the rest of your life, is a treasured aspect of the possibilities that modern life provides us. It creates new opportunities, just think of web search and easier access to travel. At the same time, however, modern livelihood tends to segment our lives. We get out at nine a.m. and get back from work at five p.m. We have a job and bifurcate: there is the job I have to get money, and there is my life. That’s one of the risks of modern age. The hope is that, increasingly, people will find things so they can live their life as their work and their work as their life.”
“Exploring the world, however, doesn’t mean that you have to travel. Think of Matisse. When he got old, he couldn’t walk to the beach anymore and his hands were not deft enough to allow him to do fine painting. He then started making collages of large-scale papers in his own residence and he brought the sea, the world, into where he lived. So, exploring the world doesn’t require going around the world, as I said, but requires a mentality that finds the world in perception and the environment that you configure for yourself. Whether that is a broad or a small compass is besides the point. Actually, one of the things that fascinates me about ARTISA is that it facilitates this kind of connection. It’s not a tourist hangout and it’s not a monastic cell of laboratory restriction or enforced isolation for writing, art, or scholarly or intellectual production. It’s an attempt to cultivate intellectual and artistic work as part of a meaningful and beautiful social environment. It allows participants to connect the exploration of work and life. This, to me, is one of the main reasons to be involved in ARTISA.”

What is the main driving force in Professor Knauft’s own academic work? “For a long time,” he explains, “I wanted to understand how structures and organizations of power influence orchestrate social life and how people can resist those. An underlying motivation was to see how the world can be a more equal place. In recent years I’ve become more aware, in addition, that this is not the only agenda of value, and that certain aspects of power asymmetry may create differences that can be seen as valuable and meaningful as well as to be resisted. I’ve studied aspects of Tibetan Buddhism, for instance, and saw how, in some ways, a structure of hierarchy and asymmetry or even dominance in a ‘traditional’ Tibetan Buddhist order may prove useful in mentorship. The leader or teacher strives specifically not to be motivated by self-interests, but to help others – as also occurs, at least ideally, in many varieties of teaching, as well as in the parenting of children. It shouldn’t be patronizing to assess how such relations can be valued and cultivated – even as misuse of power and domination for their own sake deserve critique or resistance. The question how to create supportive relations of respectful mentorship, either cross-culturally or here in the USA, and yet to critically understand the negative effects of power domination, is important both in my life and in my work.”

“The projects I am running for SARR attempt to bring together three groups of people: policy makers, civil society leaders, and concerned scholars. SARR operates in various world areas in countries at significant political and social risk. We have worked in West Africa, Central East Africa and Inner Asia, for instance. We have organized workshops and conferences in which these groups had new conversations and learned through cross-fertilized perspectives that they have found very valuable. It helps that we are a neutral organization, providing an informal setting in which to conduct such talks. So, for instance, officials are able to speak frankly and provide information on how power actually works. This increases mutual understanding concerning the structures of authority and influence.”

“That we manage to bring together very different kinds of voices at different levels of influence is illustrated by our recently published book ‘Mongolians after Socialism’. Included are contributions by the head of the national planning commission, members of parliament, lamas, NGO leaders, and a royal shaman.

“Our next project, ‘The Comparative Postcolonial Recovery Project’ (CPRP), facilitates dialogues between regions of the world that have been recovering from civil war or other traumatic transitions and who can learn from each other. It focuses on African countries and has relationships to other world areas, especially in Asia, where transition from civil war or upheaval has, to some degree, between successfully managed. This project starts in March 2013 and is, like the former, financially supported by the Carnegie Cooperation of New York.”

What gives Professor Knauft greatest satisfaction and happiness? He replied spontaneously, “My partner, my wife!”

What is also important to Professor Knauft?: “My meditation. I am an associate of the Drepung Loseling Center for Tibetan Buddhist Studies, Practice, and Culture in Atlanta, which is also a branch of one of the largest and most significant monasteries in Tibet. In fact, the Dalai Lama is a University Professor at Emory. He visits every two years or so and in the interim teaches our students during study abroad, when they go to Dharamsala in Northern India, which is the base of the Tibetan government in exile. So, intellectual life and mental cultivation is wonderfully connected for me here in Atlanta.”

“In Tibetan, the word ‘meditation’ means ‘mental cultivation’. There are many aspects of mental cultivation that have to do with being self-aware of your own mental state, your cognitive state. Having a greater meta-awareness can be cultivated by meditation – both mindfulness meditation and analytic meditation – and by other kinds of associated recitations and practices. These are very useful for having a more satisfying, peaceful and self-understood life. As such, there is a connection between the project work I do, the university with its intellectual developments, Tibetan Buddhism as a field of academic study, and my personal life.”

Here, the circle is complete: exploring life and exploring the world are one and the same, and sometimes in exceptionally nice ways.